Several weeks ago, Intalytics reported on the resurgence of activity that was well underway at shopping centers across the U.S.  For this flash update, we now evaluate mobile device data through the Independence Day holiday to identify how consumer activity continues to trend, and which markets are experiencing the strongest (and weakest) resurgence.

The chart below illustrates consumer activity over time for rolling one-week periods beginning in March and continuing through the July 4th holiday weekend.  Activity is indexed against average activity observed in January and February.

The chart above shows that the trend of resurgent consumer activity evident on Memorial Day has largely continued across the country.  Some select observations: 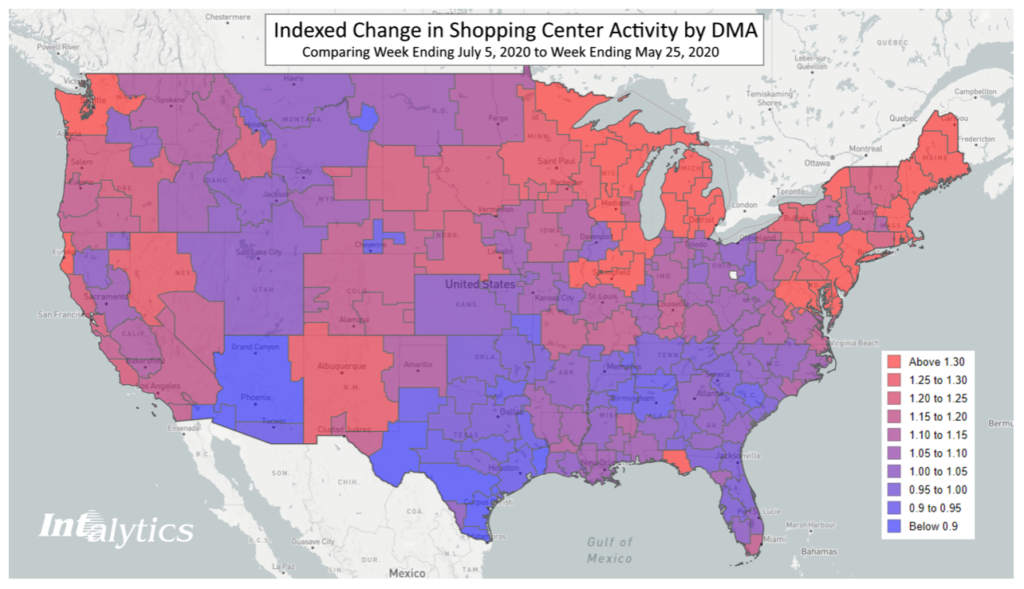 With the exception of some tourist hot spots (e.g. Panama City, FL), the areas that are currently being most affected by increasing COVID cases are those that have experienced a slowing of activity between the two holidays.  Markets in Texas, Florida, and Arizona are among those hardest hit as of late, and geographic markets within these states also show a relative contraction in activity compared to Memorial Day levels.  Conversely, markets in Michigan and parts of the northeast which waited longer to re-open have experienced the bulk of their resurgence just in the last couple of months.

The tables below further summarize the top and bottom markets ranked by the shift in activity over this period in time: 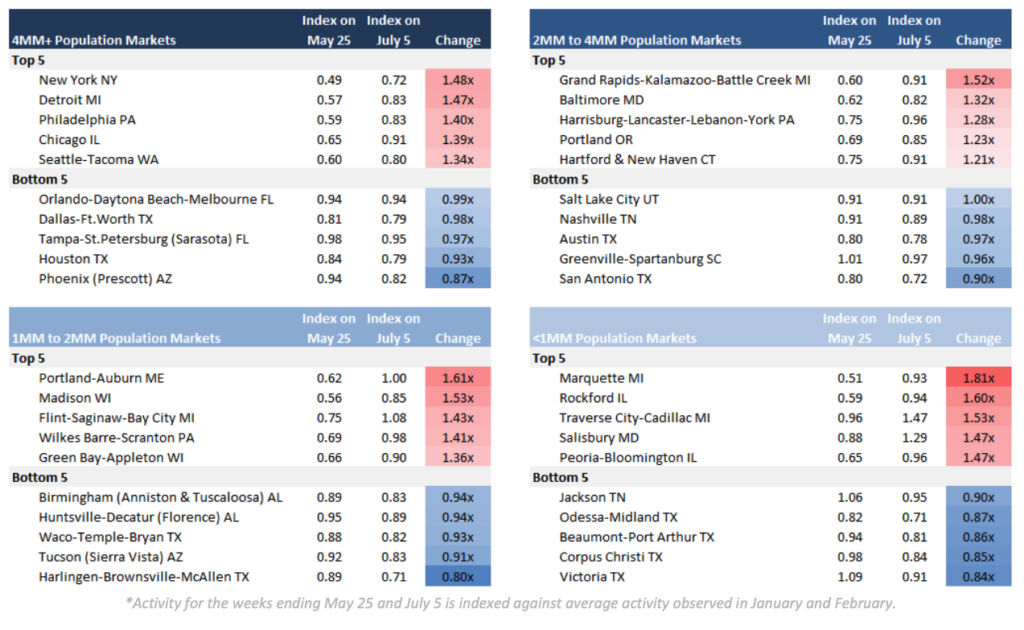 To learn more about how Intalytics can leverage mobile device data to inform your organization’s site selection and target marketing strategies, please contact us for more information.