As part of our continuing series measuring the impact of COVID-19 on consumer behavior, Intalytics has most recently leveraged mobile device data Massive Mobile Data, or MMD, to measure the impact that the pandemic is having on the restaurant industry.

Intalytics evaluated a broad array of regional and national restaurant chains in an effort to answer a number of questions, including:

Along with so many other businesses out there, restaurant operators are faced with a challenging short-term need to adapt – provide alternative options for servicing their customers or close their doors.  Some formats are better suited to this speedy adaptation than are others. The near-universal presence among quick service restaurants (QSRs) of drive-through windows provides an acceptable means in this era of social distancing for getting food in the hands of hungry patrons. Fast casual establishments – while mostly lacking the convenience of a drive-thru – nonetheless have historically done a more effective job of driving carryout business than have their casual dining counterparts. And while many coffee shops have the means to adapt to new servicing models, modern coffee shops also find themselves in the unenviable position of providing a product that can easily be made and enjoyed at home.

We find that the visit count data largely backs up those hypotheses. The chart below shows device activity over time for restaurants in each sector, indexed against baseline January/February activity:

Demographics and Changes in Restaurant Activity

Intalytics assessed the relationship between a selection of demographic metrics to determine whether there were any observed differences in the changes in restaurant visits. The graphs below show the reduction in restaurant visits seen for the last week of March compared to baseline activity in January and February, separately for restaurants situated in differing demographic areas.

A few trends that are apparent:

Shifts in Restaurant Activity by State

The following map illustrates the change in visits to restaurants by mobile device holders during the last seven days of March as compared to baseline activity observed in January and February: 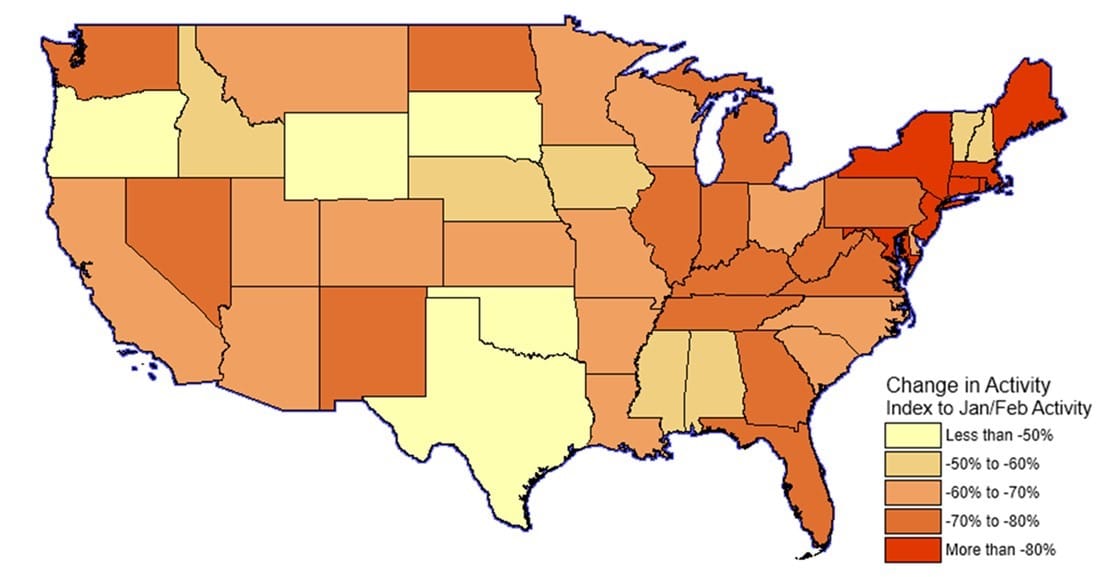 States throughout the Northeast and down into the Mid-Atlantic saw the highest impacts, with each of Rhode Island, New Jersey, and Maine off nearly 90% from pre-pandemic activity levels. However, those states that are relatively less impacted still see large declines relative to baseline.

Intalytics also evaluated select states (California, Texas, and Florida) and large metropolitan areas within these states to determine if there were any local or regional differences in restaurant activity. 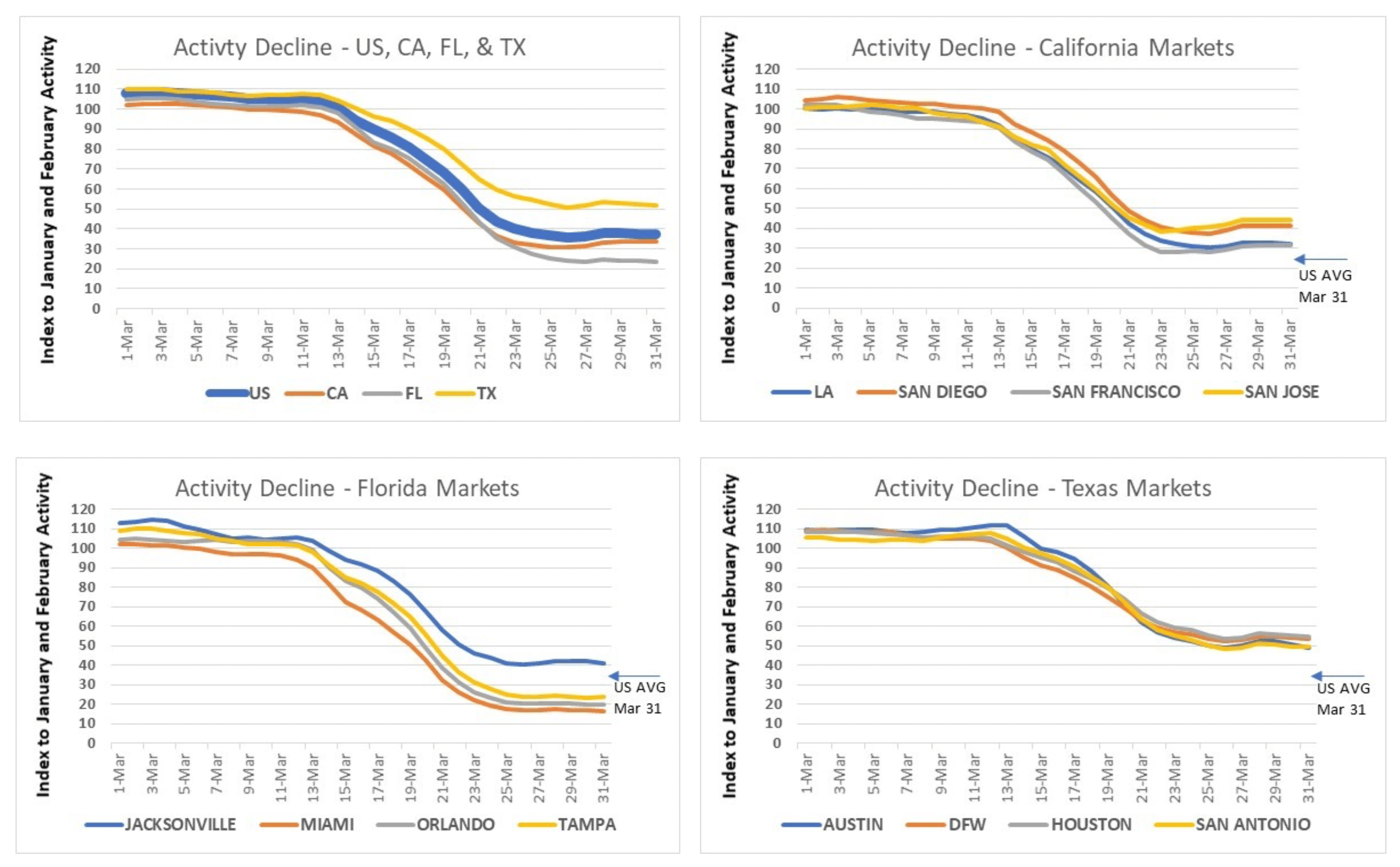 While the evaluation of restaurant-related consumer activity yielded interesting findings, we believe that an even more compelling set of questions remain unanswered – to what extent have restaurant trade areas increased/decreased, and how are the demographic and psychographic profiles of restaurant patrons shifting?  In a forthcoming follow-up, Intalytics will conduct a deep-dive analysis aimed at answering these questions.  To learn more about how our analytics can inform your decision-making in this unprecedented time, please contact us for an introductory discussion.

Predictive Analytics in the Time of COVID-19 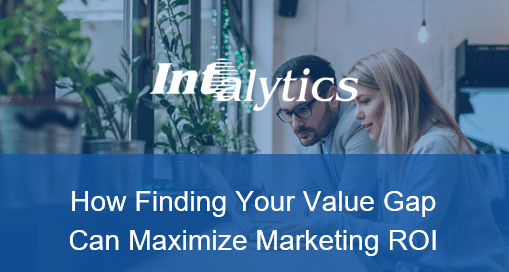